Asthma is a heterogenous condition, generally characterised by chronic inflammation of the respiratory tracts. 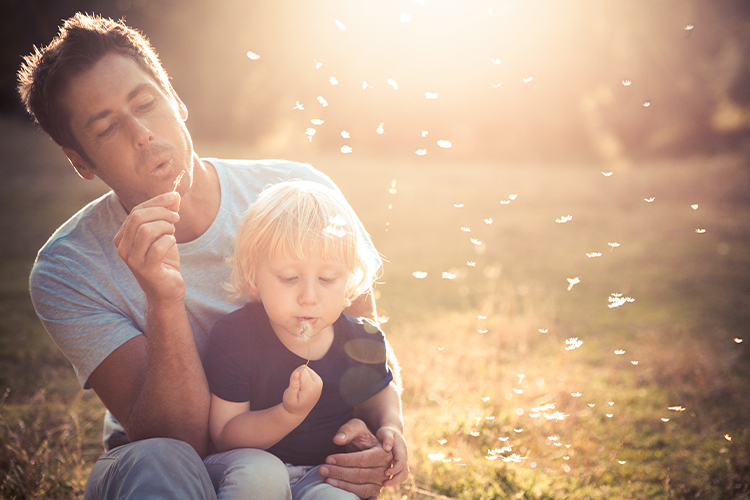 It is defined by the appearance of respiratory symptoms such as wheezing, dyspnea, chest tightness and cough, which vary in time and intensity, alongside a variable limitation of air flow, which can become persistent 1.

Asthma is the most common non-transmissible chronic illness. It affects between 1% and 18% of the global population, with the latest estimations establishing that 260 million people in the world have asthma 1 .

According to an international study, the prevalence of asthma on a global scale increased by 12,5% between 1990 and 2015 2 . This increase mainly affects middle aged adults and women, and mainly corresponds to allergy-induced asthma. Despite this, the mortality rate dropped considerably (59% approximately) 3 . 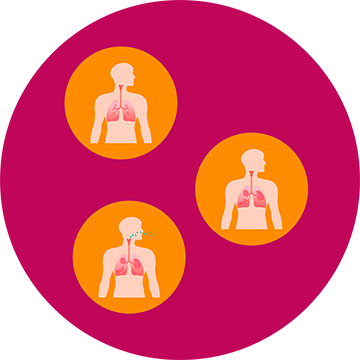 Asthma is caused by many factors, meaning that there is not one single cause. Risk factors for asthma include 4:

Symptoms may vary, but the most common are: 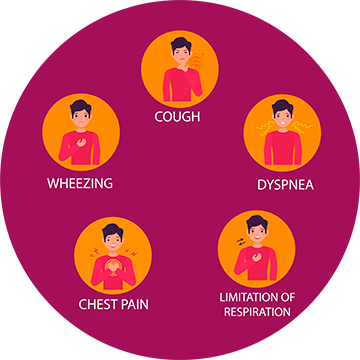 The presence of these symptoms may vary over time, as can their intensity. There are conditioning factors such exercise, exposure to substances that can produce an allergic reaction (allergens), climate change or other respiratory infections which can make these symptoms worse 1.

On occasions, people with asthma may experience worsening symptoms every now and again. These attacks or sporadic outbreaks are called exacerbations. The correct identification and correct management of these crises are very important, if patients are to avoid putting their health at risk 1. 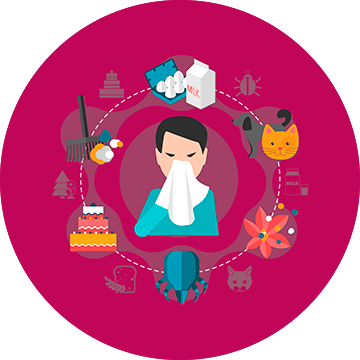 Asthma is a heterogenous illness which can be classified into five main groups which are called asthma phenotypes 1 5 6:

Asthma is one of the most common chronic illnesses in children. In Spain, around 10% of children have asthma (similar to the EU-wide figure) 9 . The highest figures are seen in coastal areas and in boys between 6 and 7 years old 10 11. According to different estimations, more than half of adult asthmatics also suffered with the condition during childhood 12.

In children, it is important to evaluate the impact that asthma has on their daily lives in activities such as sports, playing, social life and school attendance. It is possible that children with poorly-controlled asthma may avoid certain activities which make their symptoms worse without telling their parents or doctors. This may lead to a false perception of appropriate asthma control increasing the risk of poor fitness or obesity. If the child is more irritable, tired or moody than usual this could indicate that their asthma is not as controlled as it should be 13. 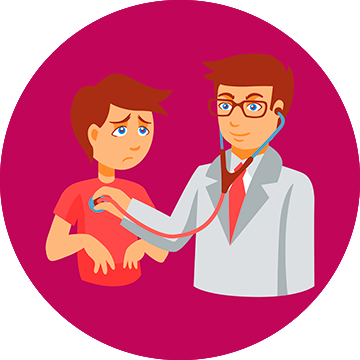 In order to notify us of adverse effects or quality issues regarding any medication and medical information consultations, please contact PHARMACOVIGILANCE by telephone (+34) 91 159 39 46 or by email: farmacovigilancia2@visofarmaceutica.com